On the second day of my arms' liposuction, this was the MOST traumatic day of the 4-days trip. I had my first post-lipo drainage and I almost died from it. Ok, not that serious but it was so goddamn painful that I cried. Jenny helped to wipe away my tears with a piece of tissue paper. The nurses teased me non-stop. They said I was so brave the day before, at surgery, and here I was totally reduced to tears being massaged.

But this wasn't any massage, all post-lipo drainage massage are murderous, regardless of where I had it. I remembered mine in Singapore was just so bad!

Many times, I had to yell, "STOP! STOP! STOP!" And the nurses had to cajole me to let them continued. I think I must had scared the rest of the patients with my cries and howls.

All breakfasts were complimentary, I had fried maggie mee which was surprisingly very delicious! Jenny would helped to "ta pao" lunch and dinner for all the patients. For dinner, I had the BEST ayam penyet ever! So yummy, I almost swallowed the bones! 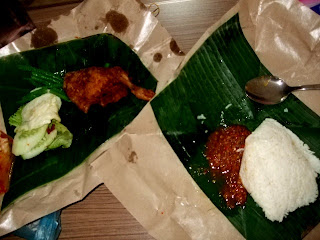 I spent day 2 lazying around on the bed watching TV and DVDs, surfing net, yelling throughout my drainage massage, having facial and IPL done, as part of the 'Triple X' facial package that I signed up for SGD $198. The price was quite reasonable for a 2-hour facial, 1 IPL and 1 RF, but I didn't see any significant results post-treatment. I think those SK-II Facial Treatment Masks I have at home works better anytime. 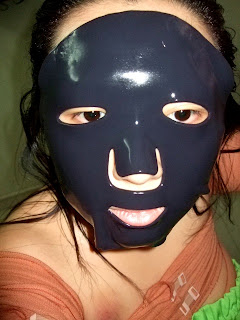 That evening, there was came a knock on my door, I had expected it to be Dr Arthur but to my surprise.. actually it was more like SHOCK, Mr Hubby appeared at my room's door!! How on earth did that happened?? I had not give him the clinic's address, I merely told him that I would be in Medan for liposuction. I was like, "WHAT ARE YOU DOING HERE?! HOW DID YOU FIND ME?!"

I was grateful to have him taking time away from his work and flying into Medan to keep me company. But the words that came out of his mouth wasn't all too pleasing. What did he say? He said, "Wow! You look like you had just been ran over by a truck!"    -_-   There goes all your brownie points, my dear.

I didn't sleep well that night because I was beginning to swell up; the water retention was so bad that my fingers looked like some freaking sausages! I always curls up, sleeping in a foetal position, with my arms hurting, I just had to sleep on my back which I really hate. So that night, I had a hard time trying to find the best position to dreamland.

It was the third day, I could finally shower; my scalp was oozing out a ton of oil! YUCKS!! After smelling great again, Mr Hubby and I went to Sun Plaza, the most popular mall in Medan for lunch and some shopping. There wasn't much for us but we bought quite a number of things for our kids. I bought some local food from the store opposite the clinic, but they weren't really up to my expectation. 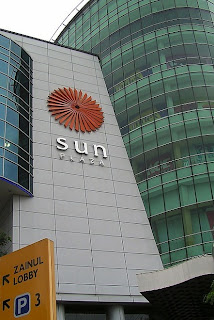 When we came back, Mr Hubby had a 2-hour body massage and I had RF treatment done on my face. I ordered the very yummy ayam penyet for Mr Hubby, while I had ayam soto for dinner. Then we packed up our bags and watched more DVDs before turning in.

Despite feeling really quite sore, I hugged and carried my kids the moment I reached home. It kills me to be away from them for so many days. I missed them terribly and I was feeling very guilty not being around especially when Leonitus fallen sick while I was in Medan.

My arms were very bruised and swollen; water retention of my armpits had reached new height, it was as though I had two water-beds wedged between those pits. I couldn't help but felt slightly depressed. However, these are all just too normal post-lipo, I just need to persist on.

No doubt this is an excellent post I got a lot of knowledge after reading good luck. Theme of blog is excellent there is almost everything to read, Brilliant post. liposuction malaysia

So how many days did you stay in after care before going home? What time did you arrive to the clinic the day of the surgery?

Nice and useful blog.I am very impressed from your blog.Thanks for sharing and keep it up.
Liposuction Singapore 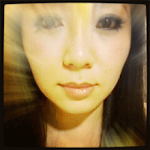 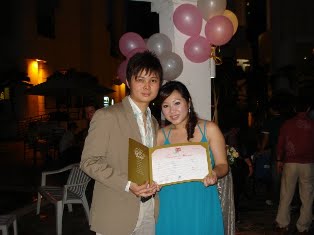